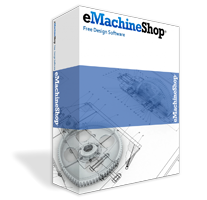 Bob is a retired electronic designer with a passion for his 1966 Porsche 912. To solve a problem Bob encountered when performing an engine swap, he turned to Pad2Pad to design his fix. As it turns out, he not only solved a problem he was having, but a problem many others in the Porsche community were also facing. Since then, Bob has turned his project into a successful small business, selling custom tachometer adapters to hundreds of Porsche lovers worldwide!

Check out our Q&A and Pictures Below…

Tell us a little about yourself.
A: I am 68 years old, retired from a long career with major Telecom Equipment manufacturer Ericsson. BS in Electronic Engineering, MS in Business.
Tell us a about your project.
A: The TACH-ADAPT product was initially developed to solve a tachometer problem on my vintage ’66 Porsche 912 ‘hobby’ car.  The car was originally equipped with a 4-cylinder engine and a tachometer that was matched to the pulse-rate provided by the distributor signal.  I installed a more powerful 6-cylinder 911 engine.  The original 4-cylinder tach then read 1.5X faster than actual due to the increased pulse rate of the new engine.  I did not want to modify the original vintage tachometer so I came up with a design that would convert the incoming pulse rate to a 1.5X slower output rate to correctly drive the tachometer.  The solution worked great.
How has your project impacted the Porsche world?
A: Being a member of a Porsche car club and several forums, the word got out about what I had done and soon I was getting inquiries from other enthusiasts wanting me to provide units.  I had not initially considered ‘commercializing’ the design, but soon realized there was a good demand.  Although originally designed for Porsche applications using VDO tachometers, I quickly realized that by adding a few features and making sure the product would recognize a variety of ignition signals, the product could solve similar problems on a wide variety of vehicles and engine sizes.  Engine swaps and ignition modifications cars are commonly performed by automotive enthusiasts worldwide.  It feels good that my hobby has turned into a nice little business.
How did Pad2Pad help you with your project?
A: Since I’m retired from a career in Electronic Design and product development, I had a knowledge base to move forward and create a nice reproducible product.  Although I did not have a lot of ‘hands-on’ experience designing pc-boards with CAD techniques, I found the Pad2Pad application to be straightforward.  And, I liked the idea of an ‘all-in-one-house’ approach … design the boards and then order them in a few easy steps.  It truly goes to show that no idea is too small. Bob identified a problem he was having and solved it, only to find out many more were having the same issue. Since commercializing his product, Bob has been featured in magazines, sold over 800 units, and demand for his tachometer continues to increase.

Have a custom board or project you would like to be featured?

Simply Tell Us Your Story for a chance at being featured!

TELL US YOUR STORY 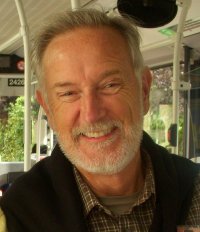 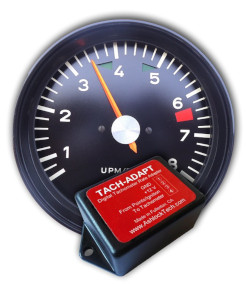 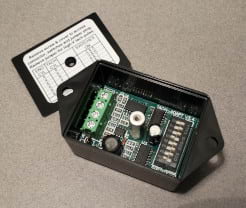